Vincle took part the last may 31st and June 1st in the 22nd AECOC Conference on Commercial and Marketing Strategy, which counted on more than 400 directives from the main manufacturers and distributors of the great consumption sector. The attendants that approached our stand were able to test on firsthand the novelties of our Vincle solution, the commercial management omnichannel suite leader on CPG.

Vincle offered a corporative corner in the networking area where we presented the latest novelties and performed live demonstrations of the latest developments, focused on improving the efficiency and efficacy of commercial networks through innovation. The attendants were able to see first-hand how Vincle’s solutions uses Image Recognition technology to capture the main shelves’ KPIs in minutes. We also showed how Augmented Reality improves the negotiation process of stands and second locations, as it shows in real time how these materials will look in situ. 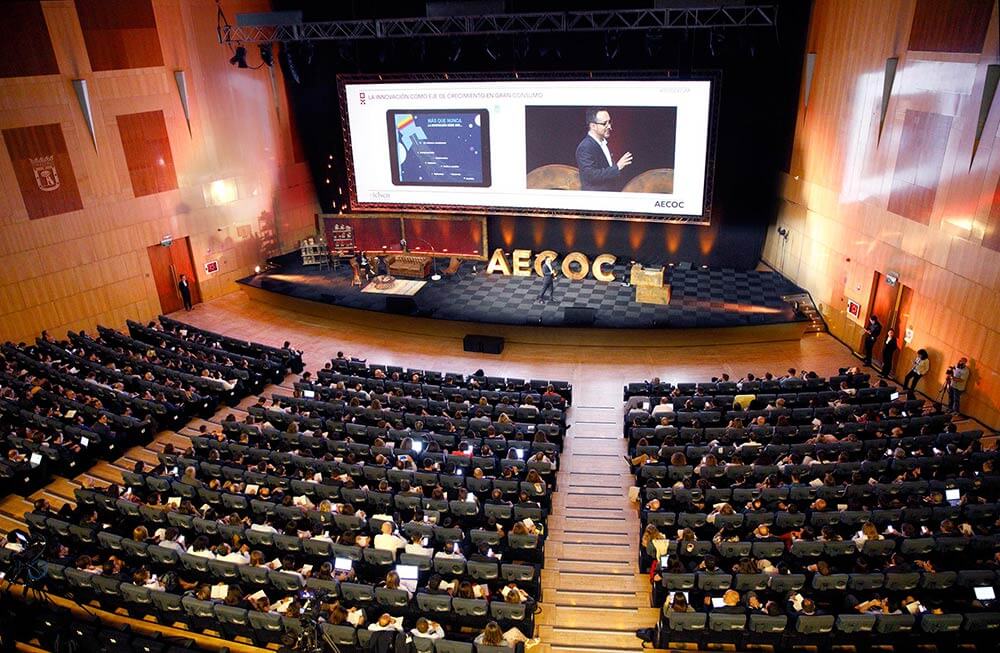 Vincle, as sponsor of the event, organized an Apple Watch giveaway, promoting it through the Conference’s official app, available for everyone accredited. The giveaway, called “Vincle places your main KPIs in your wrist!”, the objective of this giveaway was the familiarization with our new Augmented Reality app, available in Vincle’s solution. The winner was Vicente F. Villagrà de Facundo, who is already enjoying his Apple Watch. 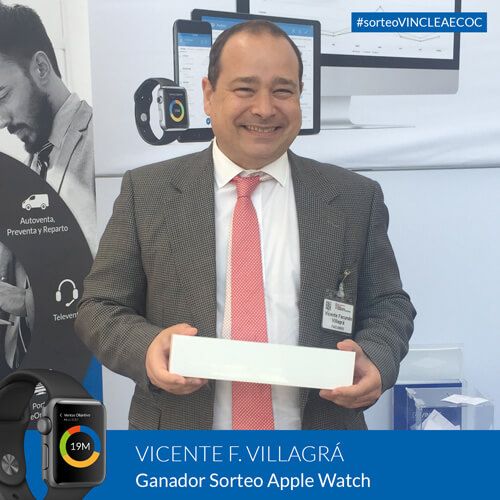 Innovation as our main axis

The event’s presentations focused on innovation in its full range. The Congress was opened with Gustavo Núñez’s, General Director at Nielsen, presentation, called “Innovation as driving force for the growth in great consumption”, where he stated that “the great consumption sector will increase its sales by 2’7% in 2017”, giving his vision on what innovation really is, as it’s “a mix of adaptation and flexibility, the ability of turning crisis into opportunities”.

Afterwards, a debate table of young talents called “Digital Natives, innovators and entrepreneurs” was convened, conducted by Pablo González, CEO of Pangea. Among the fellow guests, the CEO of Waynabox, Pau Sendra, the founder of FoodInTheBox and Masterchef’s finalist Fabián León and the co-founder of GIK LIVE, Íñigo Alday, shared their business vision and surprised us with their knowledge of the industry and their entrepreneurial mindset.

To conclude Wednesday’s morning, Vanessa Prats, Commercial Director at P&G, and Peio Arbeloa, General Director at Mahou San Miguel Spain’s business unit, emphasized the importance of innovation when growing in the great consumption sector. For Prats, “the real innovation that makes a difference is not the result of a process, but the result of a mindset”, something that Arbeloa reaffirmed, as innovation is part of the strategic core of his company.

After the coffee break we enjoyed the 6th edition of the Shopper Marketing 2017 awards, which rewards the collaborative efforts of the manufacturers and distributors in the great consumption sector. The winners were Santa Teresa, for “Best SME action”, Heineken, for “Best action in the point of sales” and Unilever, for “Best 360º action”. After this, Antonella Altavilla, Marketing Director at Coop Lombardia, talked about the supermarket of the future, and Dietmar Dahmen, a visionary and expert on innovation with more than 20 years’ experience as Creative Director in the main advertising agencies, stated that “the memorable keeps breaking the rules and not following algorithms”.

The importance of the omnichannel

Thursday focused on different thematic presentations on “searching the omnichannel strategy”. Javier López, Finance and Ecommerce Director at Carrefour stressed that the main objective is to “adapt the stores” to the current consumer, “making them more pleasant”. Juan Carlos Jimena, Marketing Director at El Corte Inglés, also stated that “innovation has to be compulsory in order for us to come up with relevant suggestions that improve our client’s lives”.

Other of the issues under discussion was the higher concentration of generated sales through ecommerce in the great consumption companies. According to John Munnelly, head of operations at John Lewis, department stores in UK, his company expects that 50% of its sales become ecommerce based in 2020, compared to the current 38%.

The Congress also counted on Ernesto Caccavale, Development Manager in Alibaba for Spain and Portugal, on Alberto Moraleda, Purchasing Manager of ecologic products for El Corte Inglés and on Gonzalo Madrid, Chief Strategy Officer at WINK.

The closing ceremony was conducted by Agustín Delicado, President of the Demand Committee in AECOC, who highly valued the Congress and the learning and experiences acquired during the event.

Report of the 2018 Jornadas Vincle

23rd AECOC Congress on Commercial and Marketing Strategy By Vincle